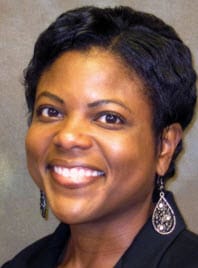 Camisha L. Simmons is the Founder and Managing Member of Simmons Legal. She assists clients with their litigation, bankruptcy, restructuring and business transactions needs.

In 2019, she was selected by The National Black Lawyers, a professional and educational organization comprised of an elite group of highly successful and influential African American lawyers in the U.S., for inclusion in its list of the top 100 African American attorneys in Texas, The National Black Lawyers Top 100. In 2018, she was recognized as one of the Top 50 Women Lawyers in Dallas by the Texas Diversity Council. In 2013, Texas Lawyer named Camisha to its inaugural list of Legal Leaders on the Rise. The recognition honors Texas' 25 most promising lawyers under the age of 40 whose accomplishments distinguish them from their peers. She has also been named a Texas Rising Star and New York Metro Rising Star by Super Lawyers®, a Thomson Reuters rating service, and a Top 40 Under 40 attorney by the National Black Lawyers.

After graduating from law school, Camisha was a judicial law clerk to the Honorable Mary F. Walrath, Judge of the United States Bankruptcy Court, District of Delaware (Chief Judge from 2003-2008).

She stays abreast of current developments in the law by frequently writing and speaking on topics related to her primary areas of practice. She has published numerous articles in various online and print journals. She has served as a contributing writer for the American Lawyer Media online news service Law.com and currently serves as a coordinating editor of the American Bankruptcy Institute Journal.

Camisha is a graduate of the intensive eight-day National Institute for Trial Advocacy (NITA) trial skills training program and has served as a faculty member of NITA's Building Trial Skills training. She currently serves as an Adjunct Professor of Law at the University of North Texas College of Law.

Prior to her legal career, she served on active duty in the United States Army as a personnel services soldier from 1999 to 2003.

While attending law school, Camisha was a member of the Texas Tech Law Review and Phi Delta Phi. She received the Regents Scholarship, amongst other scholarships, was awarded the Medal of Excellence in Bankruptcy by the American Bankruptcy Institute, and was inducted into the national honorary Order of Barristers.

In 2015, successfully defended a $1.5 billion company in a preferential transfer avoidance action brought by the Liquidating Trustee in Exide Technologies bankruptcy case in the U.S. Bankruptcy Court for the District of Delaware

The College of the State Bar of Texas?

DBA WE LEAD: Women Empowered to Lead in the Legal Profession (Leadership Class of 2019)

Legal Leader on the Rise, recognized as one of Texas' 25 most promising lawyers under the age of 40, Texas Lawyer, 2013

"Hacked?: Federal Trade Commission Gets the Nod to Police Cybersecurity," Law.com, May 8, 2014

Co-author, "Supreme Court, Appellate Justices Weigh in on Trio of Notable Cases," Journal of Corporate Renewal, Vol. 24, No. 8, at 24, October 2011

"The Public's Right to Access Judicial Records and Proceedings in Bankruptcy Court," American Bankruptcy Institute Journal, Vol. XXIX, No. 4, at 42-43, 55, May 2010

“Marketing and Branding: How to Build a Plan and Generate Leads,” panelist, University of Texas School of Law CLE Program “Managing Your Success: Practice Management at the Next Level,” Dallas, Texas, February 9, 2018

"A Day in the Life of a Litigation Associate," panelist, Southern Methodist University School of Law, Dallas, Texas February 22, 2016