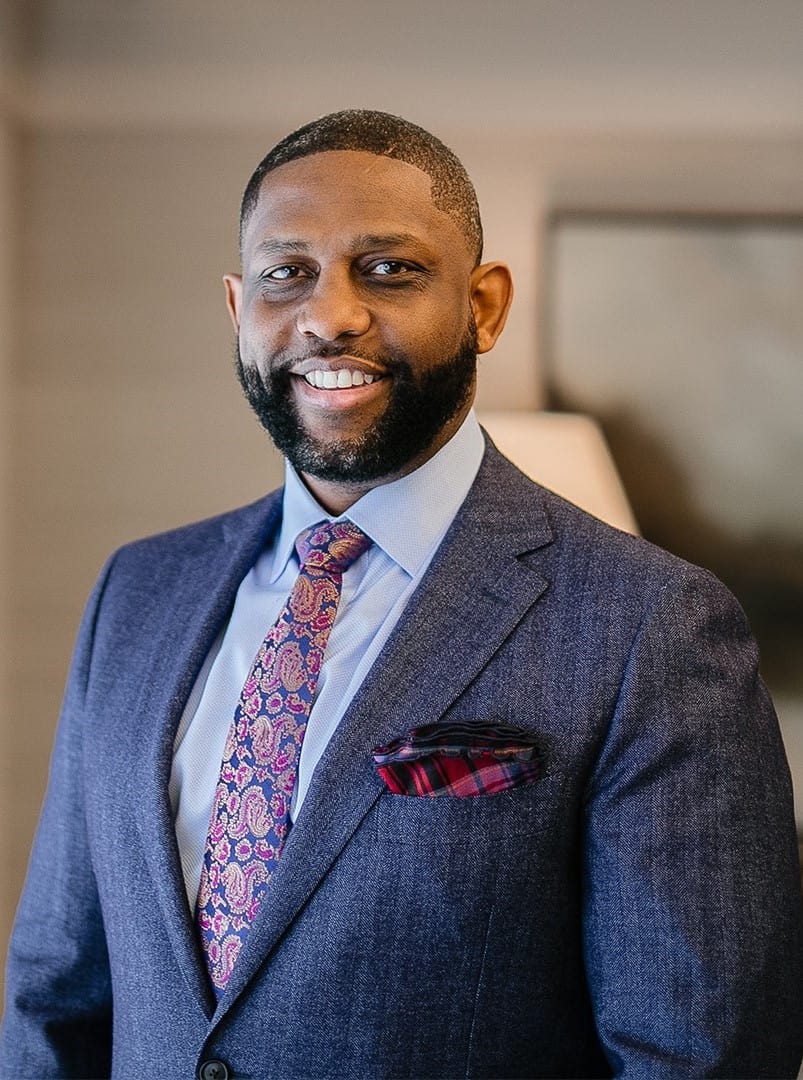 ATLANTA (July 15, 2021) – Beasley Allen’s Navan Ward was installed as the 75th president of the American Association for Justice today during the group’s annual meeting. He is the second minority to hold the position, with the first being more than two decades ago. It is this area of representation that Ward and other AAJ leaders are working to improve on in the future and is central to Ward’s goals for his administration.

“On many different levels and across various landscapes, our country is rebuilding, so it is the perfect time to do the same within the American Association for Justice,” Ward said. “The AAJ is an organization that advocates for access to justice and works to preserve the rights given by the 7th Amendment of the U.S. Constitution. It is important that the organization genuinely reflects the diversity that makes it great. I look forward to implementing strategies that will build on the work of the past presidents and strengthen our leadership moving forward.”

The AAJ leadership understands that leaders from diverse backgrounds can strengthen and empower each other and those they lead. Navan has worked with AAJ leadership to recruit, train, and encourage members from different backgrounds (including race, gender, age, geography, and level of career) to become active leaders.

Ward launched what has become the cornerstone of these efforts in 2012 called the American Association for Justice Diversity and Inclusion Leadership Academy. The Leadership Academy trains highly qualified and talented AAJ members, particularly those underrepresented within the association, to help them become more effective leaders. Graduates are encouraged to participate in leadership opportunities throughout AAJ, including the six-to-seven-year national officer track. The Leadership Academy provides leadership and benefits from continued training and leadership development. It is one way the organization guarantees the retention of minority leaders who can ensure underrepresented member groups have a voice in the future of the AAJ.

Ward is the firm’s lead attorney on the metal-on-metal hip implant litigation and proton pump inhibitor (PPI) litigation and practices from the Atlanta office. Currently, he serves on the Plaintiffs Steering Committee (PSC) for the DePuy “ASR” Hip Implant Recall Multi-District Litigation (MDL), DePuy “Pinnacle” Hip Implant MDL and was appointed as co-lead counsel for the Plaintiffs Executive Committee (PEC) in the Biomet M2a Magnum Hip Implant Products Liability MDL. Ward has been instrumental in assisting with the verdicts and global settlements against major hip implant manufacturers, including Johnson & Johnson / DePuy for $4.057 billion, Howmedica Osteonics Corporation / Stryker for over $1 billion, and Biomet Corporation for more than $250 million, and additional confidential settlements involving other metal-on-metal or modular-neck hip components. Ward has also been appointed to the PEC for the PPI MDL.

Before his work on PPI and hip implant litigation, Ward was heavily involved with the hormone replacement therapy litigation, representing hundreds of women diagnosed with breast cancer due to ingesting these combination hormone medications. His trial team was responsible for obtaining a $72.6 million verdict for three hormone therapy clients that went to trial. Ward was also responsible for overseeing the Meridia pharmaceutical drug litigation. This medication caused heart attacks and strokes and was heavily involved with the Cox-2 (Vioxx, Celebrex and Bextra) pharmaceutical drug litigation. His practice has also handled personal injury and wrongful death cases, including those involving nursing home abuse and neglect and trucking crashes. Overall, Ward has obtained more than $360 million for the specific clients that he has represented in the various areas he has practiced.

In 2017, Ward received the AAJ Minority Caucus Stalwart Award for his dedicated years of service to the Minority Caucus and the organization overall. It also awarded him the AAJ Distinguished Service Award in 2012 and 2015 and its Wiedemann & Wysocki Award in 2014. Ward has been regularly selected to the Best Lawyers in America list, the Super Lawyers list, and named to the LawDragon 500 Leading Plaintiff Consumer Lawyers, the 500 best attorneys across the nation in this category.

White & Case Adds Serena A. Rwejuna as a Partner in Washington, DC

Serena A. Rwejuna Recognized by The Legal 500 as a Rising Star for Energy Regulation: Conventional Power and ranked in the Chambers and Partners 2021 USA Guide as Associate to Watch for USA - Nationwide Energy

Eric Cottle Named in the "20 People to Know in Law"