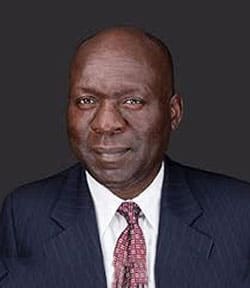 After attending the U.S. Naval Academy from 1971 – January 1973, due to family circumstances, Ron returned to San Francisco, California where he graduated from the University of California at Berkeley in 1975 with a Bachelor of Arts degree in American History. While at the University of California at Berkeley, Ron was enrolled in the Platoon Leaders Class (PLC) commissioning program for the U.S. Marine Corps. Upon graduation from Berkeley, Ron was commissioned a Second Lieutenant in the U.S. Marine Corps Reserve in December of 1975.

Military Career: From December of 1975 until his official retirement date of January 1, 1996, Ron remained on active duty in the United States Marine Corps obtaining the rank of Lieutenant Colonel. During Ron’s military career, he served in various assignments as a Supply Officer and a Judge Advocate.

Civilian Career: On October 30, 1995, Ron began his civilian professional career as the Public Defender of Kootenai County, Idaho where he supervised a staff of seven (7) attorneys and six (6) support staff. On July 1, 1996, Ron began work as a Deputy Attorney General and was assigned to the Idaho Department of Law Enforcement. On June 17, 1998, Ron was appointed by Governor Phil Batt to serve as Idaho’s first State Appellate Public Defender (SAPD). On November 5, 2001, Ron joined Boise Cascade Corporation and served as the Equal Employment Opportunity Manager until June 1, 2004, when he entered private practice. Ron was a founding managing member of the law firm of Mimura, Coulter & Mimura PLLC and later co-founded the law firm of Camacho Mendoza Coulter Law Group. Wanting to concentrate on building an Employment Law practice, Ron concentrated his efforts on building Idaho Employment Law Solutions.

Credentials: In addition to his B.A. Degree, Ron holds an Associate of Arts Degree from City College of San Francisco, a Master’s Degree in Education from Chapman College (now Chapman University), Orange California, and Juris Doctorate from the University of San Diego. Ron is a member of the Idaho State Bar and is a member of the National Employment Lawyers Association (NELA). Ron’s military decorations include the Meritorious Service Medal, the Navy Commendation Medal with two gold stars, and the Navy Achievement Medal.

Speaking Engagements: Ron has presented at the Idaho Employment Law Solutions sponsored Business Seminars and has presented for URS and with the Idaho Department of Labor and the US Small Business Administration on employment law and I-9 Audits. He has also conducted trainings in Indian Country on Tribal Employment Rights Ordinances and Tribal Occupational and Health Ordinances.